Panic Attacks Part 1: What is Panic & Why We Need It 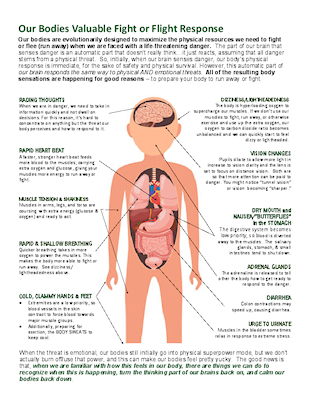 Panic is a normal, necessary physical response to the brain perceiving a significant threat.  It involves the release of a hormone that you are likely familiar with, adrenaline.  Adrenaline’s job is to tell the body to make chemical changes in the body so that the body is physically primed to either fight or flee/run away, from the threat.  These can be things such as: 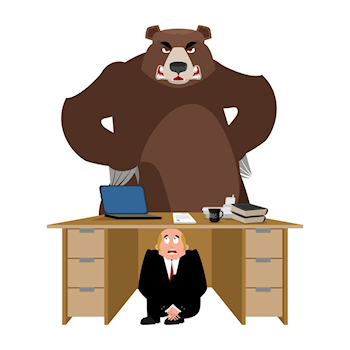 Back in the day of the caveman, the people who didn’t have a panic response were much less likely to survive because their bodies were not as prepared to deal with a physical threat.  Our body’s ability to quickly maximize all of our resources for survival is a critical aspect not only of humans but all animal species.  Yet, in our Western culture, many of us are fortunate that our safety is not regularly threatened in a physical way. Instead, because our brain does not recognize a difference between a physical threat and emotional threat, in a modern society a panic response can often be triggered by things such as fear of embarrassment or fear that a bridge might collapse.  Or, perhaps you do have experience with your physical safety being at risk and now, your body is in hyper-vigilant mode and looking for danger at every corner.

The problem here is that our body’s physical readiness to fight or run won’t help us to not be embarrassed. Nor will it help us cross a perfectly well-maintained bridge or walk around the corner in a typically safe neighborhood.  Instead, that physical response can feel scary itself and physically uncomfortable if we don’t do anything to burn off that energy and bring our body back to calm.  Additionally, increasing our breathing rate without making use of the extra oxygen we are taking in creates a chemical imbalance between the oxygen and carbon dioxide levels of our body that adds to our feelings of physical discomfort.

So, what can we do if we start to physically panic about a possible emotional threat?  Check out the next article in this series!

Remaining articles in this series:

This site uses Akismet to reduce spam. Learn how your comment data is processed.