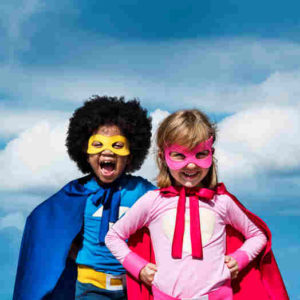 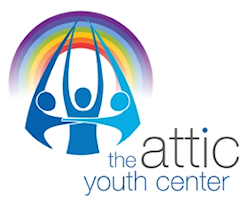 Don’t be fooled by it’s title, the Attic Youth Center, offers so much more than just a place for LGBTQIA+ youth to hang out.  I even love the backstory of this place.  It was originally started as an eight-week program, by two graduate students back in 1993.  Hosted in the attic of a building, the kids wouldn’t let it end.  Since that time, it has grown to being a significant resource for area youth.

I think what I love about it the most is that the heart of this organization is to help kids to grow as citizens who are engaged in the world around them and have a voice.  So, not only are there support groups, counseling, case management, healthy choices education, and life skills opportunities, the kids work on community projects together with opportunities for leadership roles.  Plus, the website has inspirational stories and lists of resources.

And, as if that’s not enough, the Bryson Institute offers various trainings regarding current “best practices” for working with LGBTQIA+ youth.  You can contact them, explain the intended audience and needs, and they can customize a training for your organization.  Clearly, this organization is worth checking out! 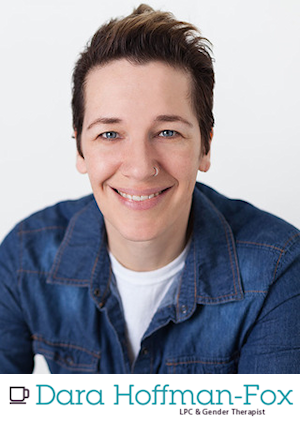 Dara Hoffman-Fox, LPC is a therapist that specializes in transgender issues.  Tons of quality information here.  Plus, Dara a series of videos where they speak to the viewer who is trans, agender, nonbinary or questioning their gender identity, and provides some guidance as to how to think through the things you may be feeling/experiencing.  They also have an e-newsletter that you can sign up for.

One specific resource that I came across on their site is their “My Coming Out Master Plan” with accompanying YouTube video.  It’s a worksheet that helps you to think through and plan for how you would like to come out to family and friends.  A version of that and many more resources like it are in Dara’s book, “You and Your Gender Identity: A Guide to Discovery.”  I highly recommend that you pick-up a copy.